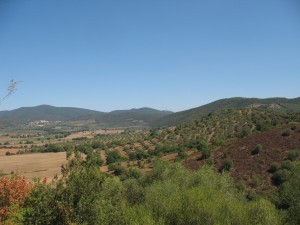 The province of Grosseto is noted for the protection of various ecosystems, from the marine environment of the Tyrrhenian to the mountain area of Monte Amiata.

Its 160 km of coastline enclose several protected zones, most notably the Maremma Regional Park, known as “Parco dell’Uccellina” (www.parco-maremma.it). As you move inland, the landscape changes and has three distinct zones. In the north is the area of the Colline Metallifere, in the centre the hill country towards Monte Amiata, and finally in the south the tufa hills, dotted with little towns hewn out of the rock, which give the landscape its distinctive character. 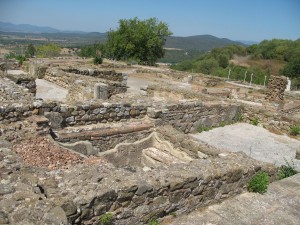 The Maremma region boasts a heritage rich in sites of historical interest, from the Etruscans to the Romans, later passing under the domain of powerful noble families up to the nineteenth century. All this has left a profound legacy, to be found in its archaeological sites, monuments, medieval villages and in several museums. The exhibition facilities are organized in a searchable system on their website: www.museidimaremma.it.

There are archaeological sites scattered throughout the Maremma area. In the north you can visit the remains of the Etruscan city of Vetulonia and the archaeological zone of the Lago dell’Accesa; the centre is dominated by the Etruscan-Roman city of Roselle, with its city walls, Forum, Amphitheatre and several “Domus” (Roman homes); in the south the cave settlement of Vitozza, in the municipality of Sorano, with its caves dug out of the tufa, the Sovana Necropolis, and the “Vie Cave” of Pitigliano, vast passages hewn into the lava rock by the Etruscans, which you can still follow today.

THERMAL BATHS – Since ancient times the area of the Maremma has been home to a number of spas. Today, the best-known spa is Saturnia, in the town of Manciano, with a superbly equipped centre, built over a sulphur spring with a temperature of 37°C, originating from a depth of 200 metres (www.termedisaturnia.it). Another spa can be found at Petriolo in Monticiano, excellently equipped and offering therapeutic hot pools fed by water at +43°C, flowing from its source by the Farma riverside (www.termepetriolo.it).

HORSE RIDING – When we talk of the Maremma, there’s one animal that comes to everyone’s mind: the horse. Horse riding is the ideal sport in this area and there are many facilities that can also organize excursions. Near l’Anichino there is a riding stable and centre for breeding “Sella Italiano” horses, named “Le Sementarecce” (www.sementarecce.com).

CYCLING – Touring by bike is the perfect sport for everyone, with a big plus: it combines practising a sport with discovering and respecting the environment. Over the last few years a good network of bike trails has been established in the Maremma. You can download the complete guide from: www.turismoinmaremma.it.

Rent a bike in Maremma